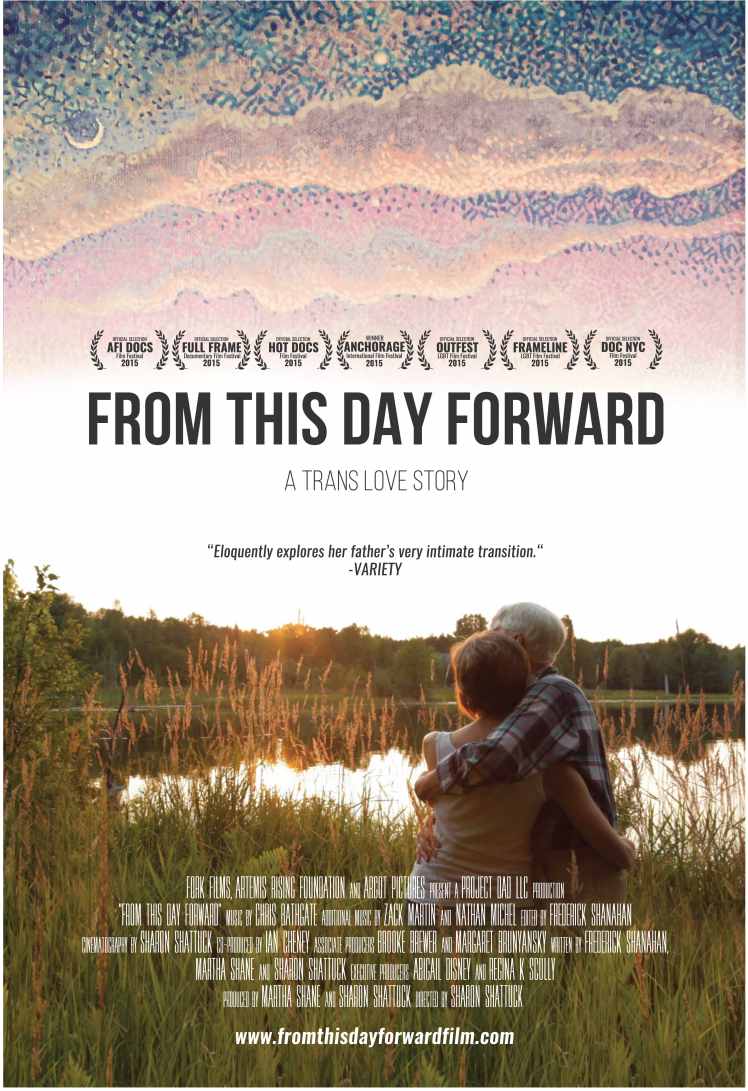 From This Day Forward is a moving portrayal of an American family coping with one of the most intimate of transformations. When director Sharon Shattuck’s father came out as transgender and changed her name to Trisha, Sharon was in the awkward throes of middle school. Her father’s transition to female was difficult for her straight-identified mother, Marcia, to accept, but her parents stayed together. As the Shattucks reunite to plan Sharon’s wedding, she seeks a deeper understanding of how her parents’ marriage survived the radical changes that threatened to tear them apart.

Alex Herisko is a crisis clinician at Allegheny County’s re:solve crisis network, mobile department. In this position, they have been providing support and assessment to community members for over two years. Alex began their career in the mental health field, in 2012, working in the Diagnostic Evaluation Center at Western Psychiatric Institute and Clinic as a Patient Services Coordinator. Alex earned a Bachelor’s in Psychology at Duquesne University in spring of 2014; and is currently considering Master’s programs in Social Work. Alex identifies as a genderqueer and transmasculine individual, and has been living socially as such for approximately three years. Alex identifies with the pronouns they/them.

Westley Aliquo (he/him/his). Mr. Aliquo is a 45 year old man who has spent over 20 years working as a Early Childhood Educator. Wes happens to be a transman who started transitioning at 38. He shares the parenting of his wonderful 12 year old child with a team of awesome individuals, including his gender queer partner, Jay, his ex wife, who identifies as lesbian, and her partner.

Michael Marshal (he/him/his), a Licensed Clinical Psychologist and an Associate Professor of Psychiatry and Pediatrics at the University of Pittsburgh. He has an NIH-funded program of research that investigates substance use and mental health disparities among LGBTQI youth. He is also a standing member of a research review committee at NIH, which specializes in minority health disparities. Mike’s biggest passion is parenthood, and spending as much time with his three children as humanly possible. In his spare time he likes to read, play tennis, and travel.

Additional panelists to be announced.

Jennifer Morse is a licensed clinical psychologist who teaches in the Graduate Psychology Programs at Chatham University. After a decade of federally funded clinical research, she has shifted her focus  to social justice and training research. She is also the cis-gendered, White lesbian-identified wife of a transman. Together they have create